Home » Uncategorized » My First Post, My Work so Far 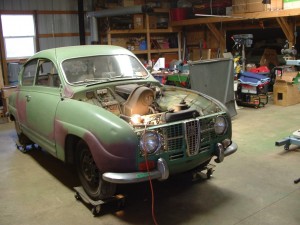 The MC850 with Hood Removed

First, some background, but please click on the “About…” tab above if you want to know more about the reasons for this blog. Sometime back around 2001 I was gung-ho on collecting cars for my retirement years. I bought 5 Saabs, one 1964, one 1965 MC850, one 1966 MC850, and 2 1966 base models. I also bought 2 1963 Studebaker Daytona larks. So far, I have disassembled 4, 2 Studes and 2 Saabs but I have yet to restore one, and one Stude and the 65 MC850 have been parted and scrapped (massive rust). The bad thing is that, now that I am retired, I have lost the gung-ho desire. However, the cars are here and I have decided to move forward, the 66 MC850 being my first endeavor and the best car of the lot. 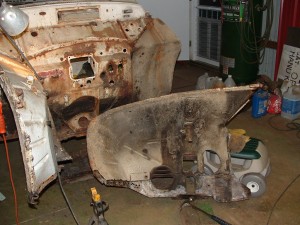 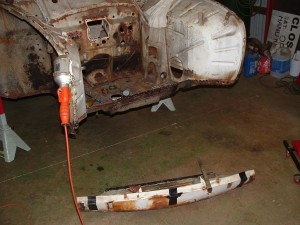 Sadly, none of the cars that I bought are as good as I hoped. I have a tendency to buy based on wishful thinking instead of reality, i.e., no due diligence required. This MC850 is no exception. It was in a minor accident, and the left front wheel housing was crushed pretty badly and previous attempts to straighten it had failed. To make matters worse, although the cars is very solid rust-wise (for a vintage Saab in the rust belt), the trunk floor has significant rust and a cover-up type of repair, and someone apparently walked on the roof which created depressions. Fortunately, one of the base 1966 cars is badly rusted elsewhere but very solid in the areas where the MC850 needs transplants so I spent last fall carefully drilling out spot welds. It had to be in the hundreds – thank god for cobalt spot weld drill bits. I now have solid replacements for the MC850. I don’t think I need the front cross member but I carefully extracted it just in case. 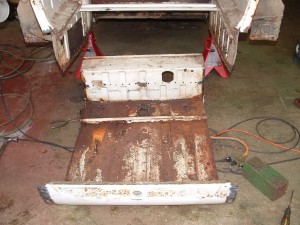 I decided to replace the trunk floor, all intact as one piece from the trunk latch to the back portion of the rear axle housing. I hope this works. It should if Saabs were all of good quality control dimension-wise. If not … I don’t want to think about that. The donor trunk floor looks rusty in the photo but it is very solid with no rust holes. 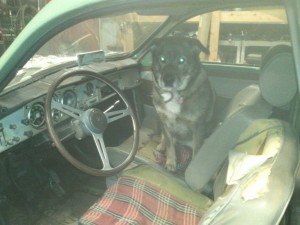 It was now time to turn my attention to the MC850 so I rolled it into position and opened the driver’s door. Our dog Jed hopped in and was ready for a ride. I had to explain that it would be quite awhile before our first ride together.

Well, I’ve been at it for awhile now — disassembling that is. Relevant photos are shown below. I’ve taken probably 10 times more photos than shown because I take a shot of everything before dis-assembly so I’ll know how it goes back together. I’m mostly done with the interior and will be putting the car on jack-stands soon to remove the fenders and suspension. You can see in one photo that I am putting ALL small parts in carefully labeled, small zip-lock bags — I know I could never remember what-is-what.

This first post has been kind of long. I’ll keep them shorter and to the point in the future. I’m new at this (both car restoration and WordPress) so things may not all go as planned. If you would like email reminders when I post updates, please subscribe in the column to the left. Till next time… 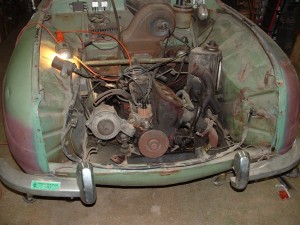 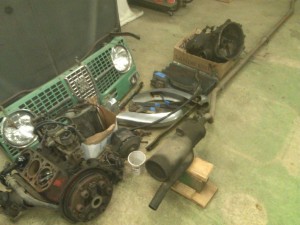 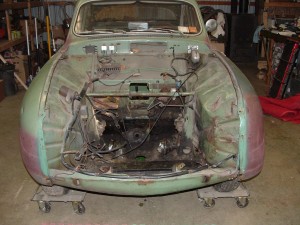 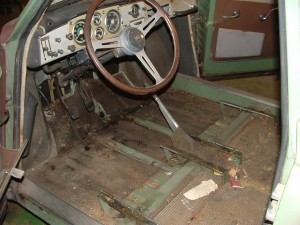 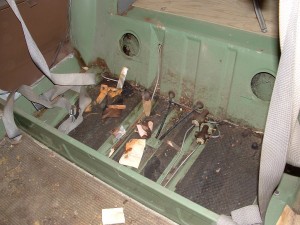 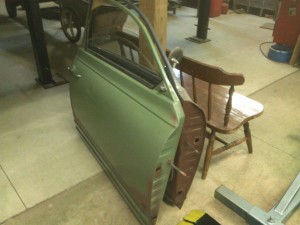 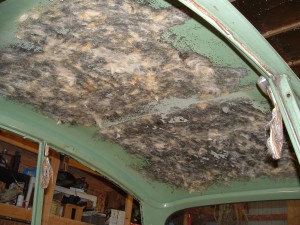 Someone Walked on Roof 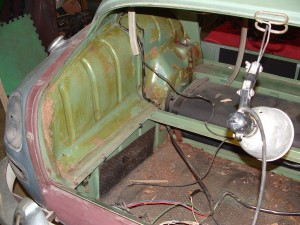 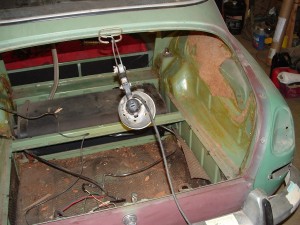 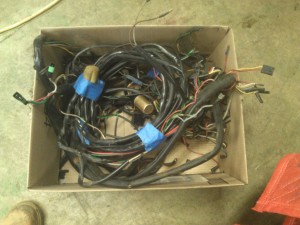 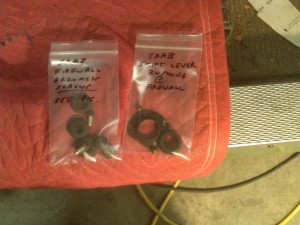 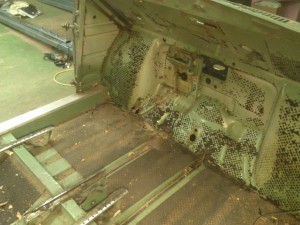 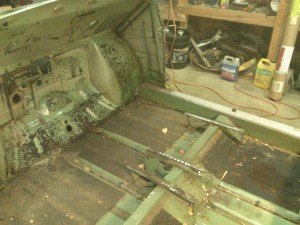 2 thoughts on “My First Post, My Work so Far”