First off, it’s been a while but I did some work in the fall of 2020 and this summer. This is the first in a series of five posts describing the progress.

Now, regarding this post, I don’t know what the subject parts are called because they are not separately listed in any parts manual. When you close the door on a Saab 96, the front seal strikes a sheet metal stop that is spot welded to the lower A-pillar or door frame. These were apparently not painted on the back side and rusted through rather badly. This post describes fabricating and installing replacements.

Cutting and Shaping New Door Seal Stops
Figure 1 shows a rusty stop adjacent two strips of metal ready to be formed. The original stops had small edge flanges to add a bit of rigidity. Figure 2 illustrates forming a flange on the straight section while Figure 3 shows a piece of lumber routed to form a sort of die to form the flanges on the curved sections. 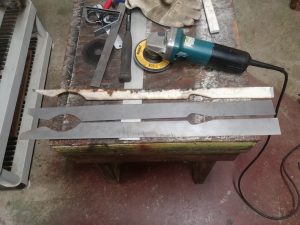 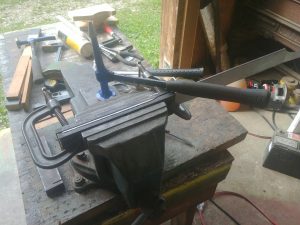 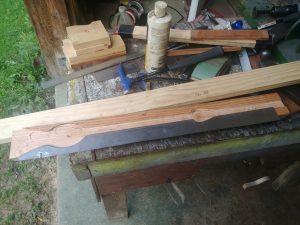 Finishing the New Door Seal Stops
Figure 4 shows a pneumatic die being used to flatten the mounting flange. Figure 5 shows the completed stops. Note that the mounting flange is modified a bit below the large curve where it meets the frame, scuff plate, rocker panel or whatever you call it. The back sides are painted as shown in Figure 6 because the backs are almost inaccessible after installation. 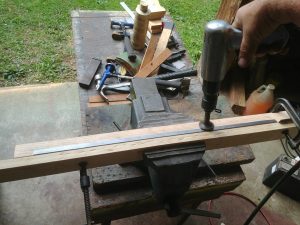 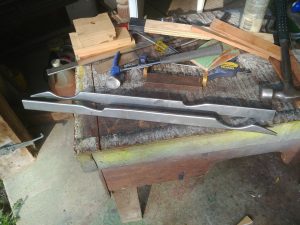 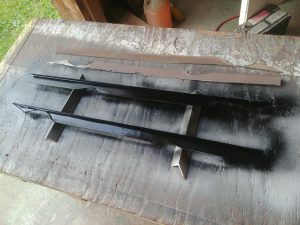 6. Painting Back Side of Door Seal Stops

Even if I had a spot welder, it would be almost impossible to spot weld these. Therefore, holes are drilled for plug welding, and the body was primed in the non-weld areas as shown in Figures 7-9. 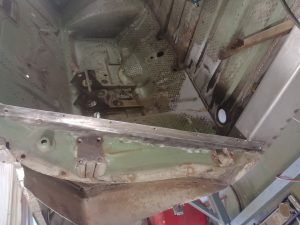 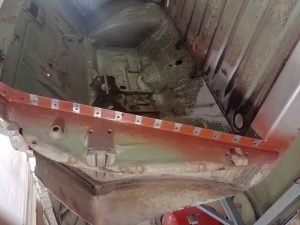 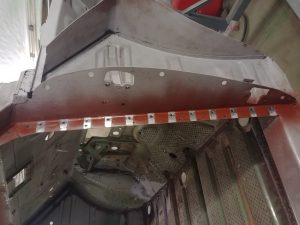 The End Result
Figures 10-12 show the installed stops and one plug weld side. Not an exact duplicate of the original but I don’t think anybody will notice, and they are better than the original. 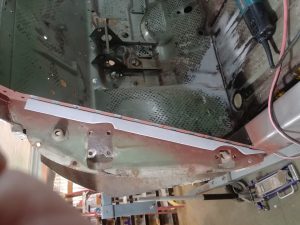 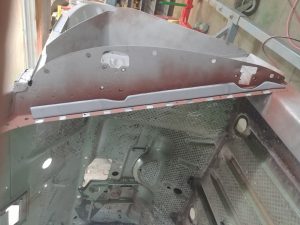 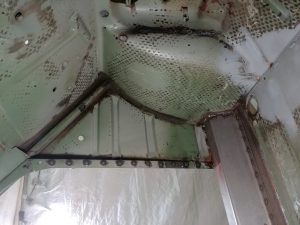 The next post is a longer post about some real ugliness at the base of each A-pillar.