Home » Uncategorized » Cowl Repairs Below the Corners of the Windshield

In the portion of the cowl near the bottom corners of the windshield at the A-pillars, it appears that Saab stuffed some open cell foam under the cowl, perhaps as an air stop. It was, however, very effective at holding water and rusting out the cowl from the inside. Figure 1 shows a cheap patch a previous owner tack welded over the area and then covered with a generous quantity of plastic filler. In Figure 2, I’m just figuring how much of the wheel housing I’ll have to remove due to rust there. But Figure 3 shows the ugliness underneath the tacked-on patch. Well, nothing to do but cobble up a replacement section. 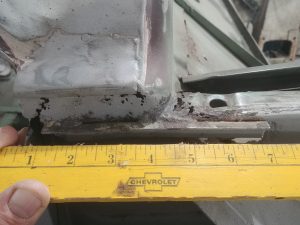 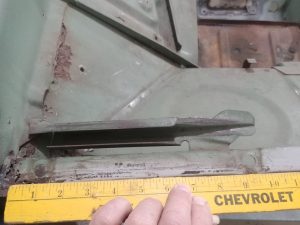 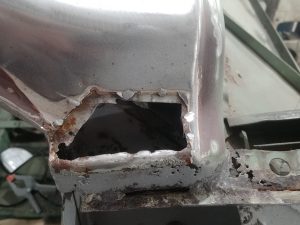 Forming Cowl Patches
I selected some dies from my Harbor Freight metal bender and shaped some 18 ga metal for the curved section as shown in Figure 4. A little tougher than I thought because it’s a bit of a compound curve (bent in both directions) but I was able to get a pretty close match. See Figure 5. In Figure 6, I’m adding the right-angle bend and checking fit in Figures 7-8. Figure 9 simply shows all of the metal I removed before proceeding. The hood mount was in the way and had to be temporarily removed. 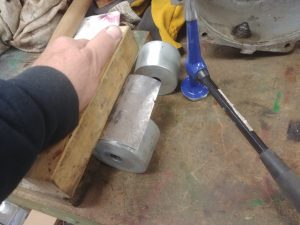 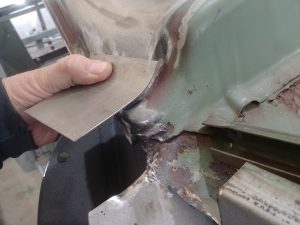 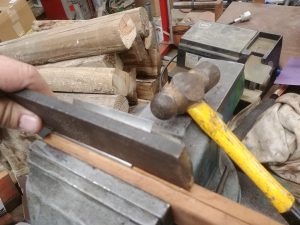 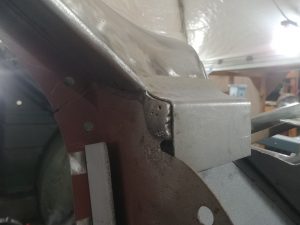 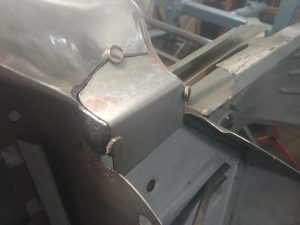 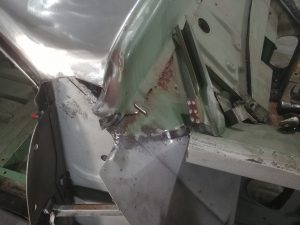 Fitting the Cowl Patches
Figure 10 shows a small patch welded in to replace a rusted extension of the firewall. Figures 11-12 show how effective small, neodymium super magnets can be for holding a patch in place for tack welding. Just don’t weld too close to them unless you like to see flying molten metal. Figure 13 shows a similar patch being readied for the driver’s side. 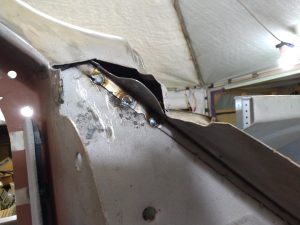 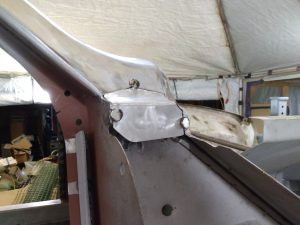 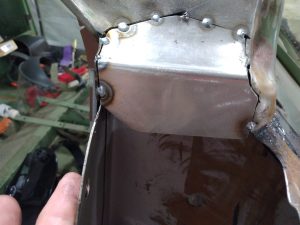 Welding and Finishing the Cowl Patches
Figures 14-15 show the passenger side cowl patch after welding and finishing. 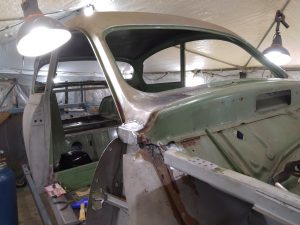 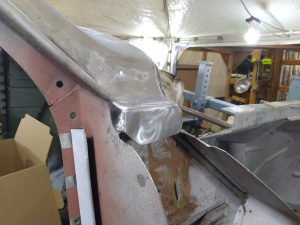 Passenger Side Wheel Housing
Figures 16 and 17 show the wheel housing patch after being tack welded into place. The circled section in Figure 17 shows a spot where the cowl and firewall rusted clear through the firewall. This section is discussed again below. Figure 18 shows the completed passenger side work. 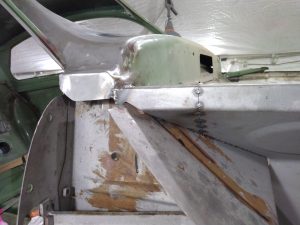 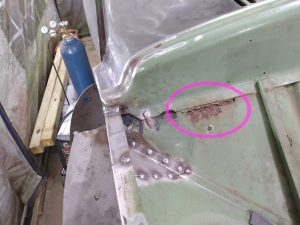 17. Rusted Section of Cowl and Firewall 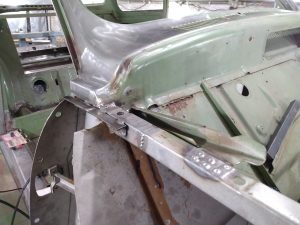 Driver’s Side
Figures 19-21 show similar cowl work performed on the driver’s side. 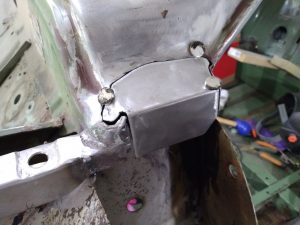 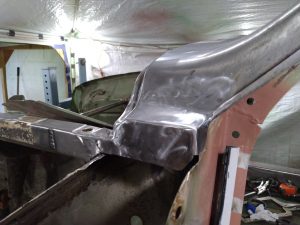 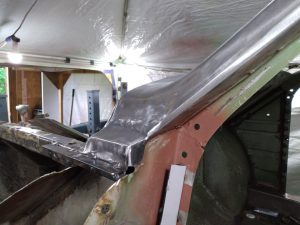 Fixing Rusted Cowl/Firewall Section
Returning to the circled section in Figure 17, I carefully cut a large section of the firewall which gave me an opening big enough to replace a small section of the lip of the cowl. After repairing the cowl lip, I welded a patch into the firewall as shown in Figure 22. I love those super magnets. And finally, in Figure 23, you can hardly tell the cowl and firewall had been repaired. 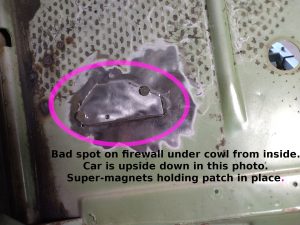 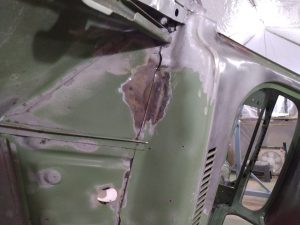 2 thoughts on “Cowl Repairs Below the Corners of the Windshield”